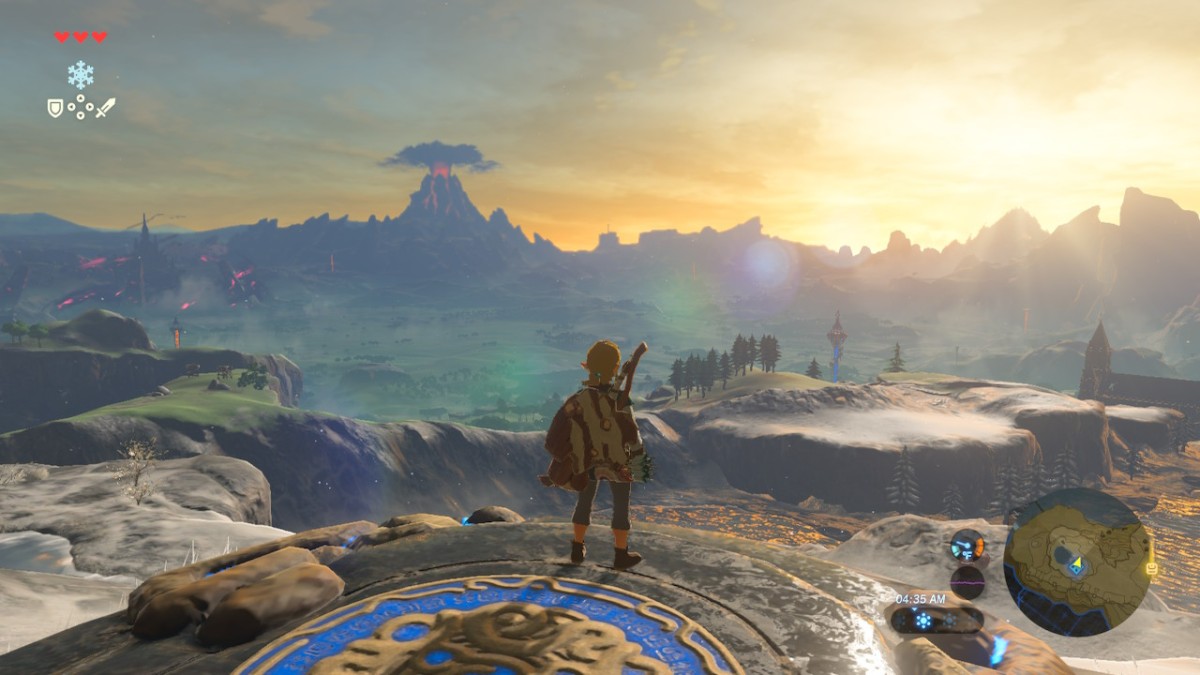 As this past week was the 4th of July, I thought it would be fun to write about the games that I associate with summertime. I have made a list of the games that always remind me of those childhood summer days where my brother and I would come back inside, typically from playing baseball in the yard, grab a couple sodas from the fridge and then proceed to play some games during the hottest hours of the afternoon. Beginning with….

All-Star Baseball – “America’s Pastime.” I’ve spent many hours on a variety of baseball games, starting with La Russa Baseball ‘95 on Sega Genesis as a kid and continuing all the way to present day MLB The Show games. It was difficult to name just one baseball game as my favorite, but my most vivid memories are playing the All-Star Baseball games during the summer/fall months on my N64. The games have improved by light years from the simple design of the 16-bit days, and the yearly offering of MLB The Show is still among the games I play most during the summer months. All that time spent playing baseball on N64(and backyard) is nearly inseparable from the idea of summertime.

Tony Hawk’s Pro Skater – Growing up in the 90’s and into the early 2000’s – before extreme sports games like skateboarding and snowboarding seemingly went extinct, Tony Hawk’s Pro Skater helped bring extreme sports into popular culture. I first played THPS the summer of 2000 after a cousin brought a copy of the N64 version over and we spent the day playing. I remember begging persuading my mom to buy my brother and I a copy of the game which spent the rest of the summer obsessively playing. I remember waking up in the morning and my first thought was to try and collect more tapes and unlock more levels. I still have the PS1 version of THPS 1 & 2 that I’ll pop in and play every now and then; the camera and controls by now definitely feel their age, but there’s still plenty of fun to be had. Tony Hawk’s Pro Skater was a huge game for me during all those summers as a kid and I couldn’t possibly go without mentioning the legendary soundtrack and all of the licensed songs that were used for the games. I dare anyone to listen to ‘Superman’ by Goldfinger and NOT immediately think of THPS…

Mario Golf N64 – I dragged my trusty N64 into my living room a few weeks ago and Mario Golf was one of the first games that I popped in. I spent countless hours with my brother and our neighbor friend trying to unlock all the extra characters by besting them in an 18-hole Match Play, which proved far more challenging as anything else we were playing at the time. The three of us would take turns playing a hole trying to beat Metal Mario and…I don’t think we ever did? The music and sound effects from this game are still as charming as ever and evoke those nostalgic remembrances of summer afternoons(spent in front of the tv). While I’d probably consider the Game Boy Color version of Mario Golf to be the best one, the N64 version is my favorite.

Grand Theft Auto: Vice City – Man…I can’t even imagine the hours that were spent playing Vice City on Playstation 2. I had never played anything like it before. It was THE REASON my brother and I traded in several stacks of games and scraped all the money we had together so we could buy a PS2. Vice City took everything that made GTA III an instant classic and improved it. My friends and I used to take turns playing the game for hours on end, usually without even attempting to complete an actual story mission as we’d simply run around causing chaos in the tropical, neon landscape of 1980’s Vice City. The gameplay freedom, music, and chaos that Rockstar created in Vice City is still one of the first things that comes to mind when I think of video games in the summertime.

The Legend of Zelda: Breath of the Wild – See? I do actually have a game on this list released within the past decade. It’s been two years since I was able to get ahold of a Nintendo Switch and the easy choice of first game to go along with it was Breath of the Wild. I spent the rest of the summer completing shrines and gathering Korok seeds before squaring off against Calamity Gabon. I had been itching to play through the game all over again, so I started another playthrough over the weekend with the intention of completing every shrine and finding every Korok seed, along with finally completing the Master Sword Trial(possibly?). Breath of the Wild still stands as one of my favorite Switch games and a more recent game I associate with playing during the summertime.

Super Mario Sunshine – I’m unable to think of summertime video games without Super Mario Sunshine being one of the first games springing to mind. I fell in love with this game from the first time I played in on my GameCube in August 2002 and Mario’s vacation-gone-awry on Isle Delfino is still one of my personal favorites on the console. The exotic Isle Delfino is a dream summer destination(mostly?). The wonderful Koji Kondo soundtrack adds to the summertime mood as well. Despite the seemingly relaxed vibe of the game, it can be surprisingly difficult – some of the moving 3D puzzle-platforming stages found later in the game are notoriously challenging. While the camera is STILL one of the game’s biggest drawbacks, I still enjoy traversing Isle Delfino and consider it one of the defining experiences on the GameCube. Super Mario Sunshine remains one of my go-to summer games.

What are some of your favorite games to play over the summer? Or something you most closely associate with the season? Thanks for reading!

Right around this time every year, leading up to E3 in June there is endless speculation regarding what games will be announced for Sony, Microsoft, and Nintendo. This includes brand new series, sequels, along with remastered collections/ports. I thought it would be fun to make a list of the 3 games highest on my wish list for the Nintendo Switch ranging from rumors that have been circulated for a while to “hey, it COULD happen right?”.

Nintendo is still riding high on the success of the Switch and has been busy bringing over titles that gamers may not have gotten the chance to play on previous consoles like Donkey Kong Country: Tropical Freeze, Mario Kart 8 Deluxe, and New Super Mario Bros U Deluxe to franchises that haven’t yet been on a Nintendo system like Diablo 3: Eternal Collection and The Elder Scrolls V: Skyrim. There is also a rapidly growing collection of indie titles on the Switch that is still growing like Rocket League, Undertale and Cuphead(just released a couple days ago). My 3 games I would most like to play on the Switch are all previously released Nintendo games that I think would be excellent on their newest handheld/hybrid console.

Metroid Prime Trilogy – The rumor that Nintendo would bring a (hopefully hd remastered) version of the Metroid Prime Trilogy to the Switch has been around for a little while, and has grown even more prevalent since it was announced that they weren’t satisfied with how the development of Metroid Prim 4 was coming along and decided to restart the process along with Retro Studios who developed the first 3 games. Metroid Prime is one of my absolute favorite games and this would be incredible on the Switch with some updated visuals and standard button controls; the latter being one of the biggest reasons Metroid Prime 3 (along with many other games) was a bit difficult to go back and play. The rumor of this being brought over to the Switch has Metroid fans like myself salivating and would help to ease the disappointment in the announcement that Prime 4 is very likely a couple years away still.

Super Mario Sunshine HD – This is another Gamecube game that I would love to play on the Switch with a few tweaks to the game. I have very fond memories of spending many summer hours collecting Shine Sprites and cleaning up graffiti around Isle Delfino as Mario with the help of FLUDD his water-jet backpack….contraption. I know people that weren’t huge fans of the game and criticized the game for being “gimmicky” in its usage of FLUDD throughout the game, who I suspect were the same ones that accused Super Mario Odyssey of the same thing. Oddly enough, while playing through Odyssey I noted the game did seem to be a spiritual successor to Sunshine. One thing, along with some refreshed graphics I would like to see would be maybe…possibly…an improvement to the camera scheme in the game. I have long said that Mario’s greatest nemesis in his 3d adventures IS NOT Bowser, but rather Lakitu and the often clumsy, awkward camera angles. Nonetheless, Super Mario Sunshine had some of the most creative(and difficult) 3d levels I have played and would love the chance to tackle them and Shadow Mario again on the Switch.

Banjo-Kazooie/Banjo-Tooie HD Collection – A Banjo-Kazooie/Tooie collection is my “it COULD happen…right?” entry on the list, this being a somewhat extreme hypothetical as the characters from the BK games as well as Perfect Dark and Conker’s Bad Fur Day are properties of Rare Ltd. who was bought by Microsoft back in 2002. However, a working relationship between Microsoft and Nintendo starting with cross-play ability for games like Minecraft and Fortnite has increased with players being able to unlock Xbox Live Achievements while playing the aforementioned games on their Switch consoles. There has also been the rumors that Microsoft may be working on bringing aspects of Xbox Live to the Switch. This could be a game-changing(PUN!) event, as Microsoft has the best and most robust online gaming experience out there with Xbox Live and if that infrastructure were to be integrated with Nintendo it could be incredible. Another rumor leading up to E3 is that Xbox’s Games Pass subscription could be made available to Switch users, which would also be an amazing development. So my wish is that as long as Microsoft and Nintendo are maintaining a friendly working relationship to compete with Sony in the gaming universe, could Rare Ltd. be given the green light to re-release some of their N64 classics in a HD remastered package? This is pure speculation(not even that…) but I would gladly fork over the cash to play upgraded versions of the Banjo-Kazooie games as well as Perfect Dark or Jet Force Gemini, another underrated Rare game from the N64. Any games you would like to play again on the Switch? A guy can dream, right?