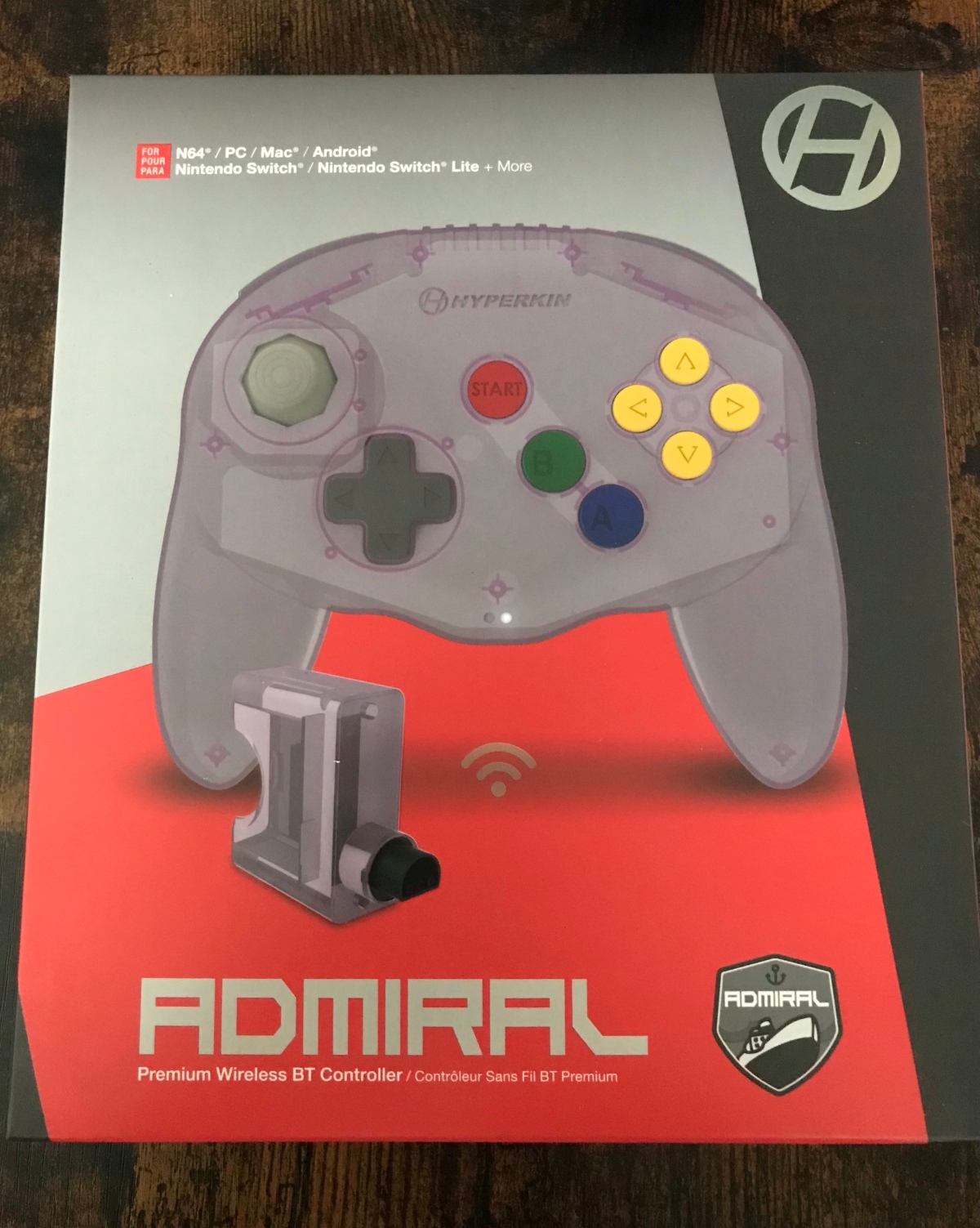 A couple months ago, I decided to order a couple replacement joysticks for two of my Nintendo 64 controllers. The control sticks in Nintendo’s iconic(?) three-pronged controllers have a tendency to lose most of their integrity and end up either too loose, making any remotely precise movement near impossible or restricting any freedom of movement as they get stiff from an accumulation of dust and dirt. As I mentioned in a subsequent blog post, I found a couple replacement joysticks on Amazon which were designed closer to that of the GameCube controllers and feel much smoother. The new control sticks felt pretty good and I was pretty happy with the way they turned out. I spent a little while testing the controllers out after the joystick replacements, but it wasn’t until a few weeks later that I noticed there was a little bit of a dead zone which means subtle movements in games like Perfect Dark or Rogue Squadron are near impossible as you have to push the joystick further before registering any movement in-game due to the dead zone directly in the center of the control stick. This is something I was fully aware of when buying the replacement sticks, as a few of the reviews had mentioned the possibility of dead zones…

One random afternoon, I decided to take a look online at some third-party N64 controllers and I came across the Hyperkin models. I ordered one of the Hyperkin “Duke” Xbox controllers last summer and really liked it; it’s actually turned into my main controller when playing games on my PC(non-FPS or point-and-click ones at least). After a little bit more research, I finally decided to try out the Admiral Premium BT Controller in atomic….um, Amethyst Purple. I still have my atomic purple controller that was packed-in with my N64 and have always had a fondness for the entire Funtastic Color series of translucent consoles and controllers, so I was pretty excited to see Hyperkin offered an equivalent to nearly every color offered by Nintendo back then, plus a few other unique ones.

A few details about the controller(via the Hyperkin site)

• Wireless connectivity up to 30 ft. via included BT dongle

• Compatible with all N64® models, as well as PC, Mac® and Android® via BT

• Back up or transfer your game memory card save data

Growing up during the days of very…inconsistent quality of third-party controllers, especially Nintendo ones, I was cautiously optimistic, but my previous experiences with Hyperkin products provided a little more assurance. The controller performs much better than the old Mad Catz or cheaper Logitech ones I remember using during the N64/GameCube days. I *could* take this opportunity to mention the perception in Nintendo’s first-party controllers from years ago vs. the widespread Joy-Con issues today….but that’s another lengthy post for another day.

The Admiral BT doesn’t even look all that much like an N64 controller at first glance as it incorporates a more traditional two-handed design over Nintendo’s infamous oddball control pad. Instead of a third handle on the controller, Hyperkin moved the control stick over to the left side above the d-pad and has moved the Z Button to a left AND right shoulder position. This makes the controller’s form feel very much like the Switch Pro Controller. Of course, there remains just a single joystick, which meant I had to adjust to using the four C Buttons to assist in aiming the reticle while playing Perfect Dark. One could almost look at the Admiral as a design somewhere between evolutionary stages of Nintendo controllers….

Another thing I noticed about the controller(I guess my two Hyperkin controllers are the Duke and the Admiral?) is its very, very light weight; after being used to the more-substantial weight of modern-day controllers like the Dualshock 4 or the Xbox One Wireless, this controller is feather light. I compared it against one of my other N64 controllers and it isn’t too much of a weight difference, indicating how much today’s standard rumble features typical add to a controller’s heaviness.

The wireless dongle for the controller is a lot bigger than I had anticipated, but was pleasantly surprised to see that you can insert a memory card….or Control Pak and use the SD card slot to transfer your save data. I mean, I COULD do that if any game data I saved hadn’t been corrupted and erased years ago(totally NOT a bitter comment). If I ever get back to playing Buck Bumble or Beetle Adventure Racing, I can now save my data without as much worry.

Synching up the controller via Bluetooth was pretty simple, as it should be, and within moments I was able to play some Star Fox 64. I adjusted pretty quickly to the controller and it wasn’t long after that I had hardly noticed I wasn’t using one of the three-handed first-party ones.

What about any dead zones in the joystick? The control stick on the controller feels near identical to the replacement GameCube ones I installed into my other controllers, but, I was very pleased to play Star Fox and Perfect Dark without any noticeable dead zone right in the center of the joystick. My purchase completely justified right there….

After spending the weekend testing out the controller, there really isn’t much that I dislike about it. It works exactly as I’d hoped. My only minor issue was the fact that the Z Button has been adjusted to both shoulders of the controller and found myself fighting my own muscle memory a little bit. I stated above how similar the controller feels to the Switch Pro Controller, which meant I instinctively press the “ZL Button” to aim in Perfect Dark, but quickly remembered once Joanna randomly fires a shot in the vicinity of a previously-unsuspecting DataDyne guard, that it’s the R Button to stop and take aim. A very minor thing, but I don’t really have much else…the controller functions pretty damn well.

The Admiral BT Premium may not appeal to those looking for more of a direct substitute for an N64 controller, particularly in shooter games(not that there was many on the console) where the Z Button underneath the middle handle gave players the feeling closer to that of holding a weapon. For those looking for a more traditional replacement, Hyperkin does make the Captain Premium controllers, which are not wireless, but still resemble the shape of a Poseidon’s trident like the original Nintendo ones.

All in all, I’m pretty satisfied with the Admiral BT and being able to lie in bed and play Mario Kart 64 is definitely nice. Maybe some Ocarina of Time or Donkey Kong 64 next?